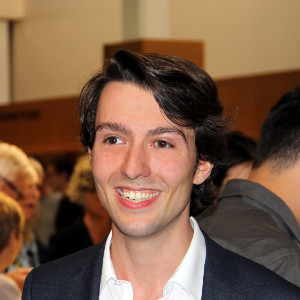 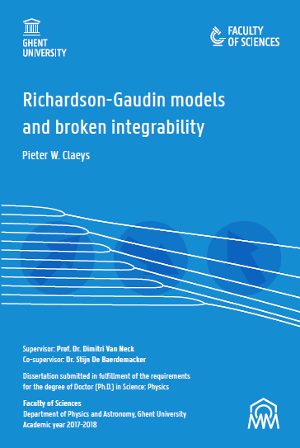 Despite being seemingly counterintuitive, the rules of quantum mechanics are by now quite well understood. Given a physical system, all interactions can be captured in a Hamiltonian, and the wave function provides a complete description of this system. Following the Schrodinger equation, this wave function can in principle be obtained through a diagonalization of the Hamiltonian. While this might be feasible in few-body systems, things get complicated in many-body systems. Although the equations governing the fundamental laws of physics remain the same, the exponentially large dimension of the Hilbert space prevents a straightforward solution to the Schrodinger equation. One way of circumventing this exponential scaling is through the notion of integrability.

In this work, the structure and applications of Richardson-Gaudin integrable models are investigated. Integrable systems are characterized by two properties going hand in hand {they support a large amount of conserved quantities, and their eigenstates can be exactly obtained using Bethe ansatz techniques. The Bethe ansatz wave function circumvents the exponential scaling of the Hilbert space, allowing exact eigenstates to be obtained by solving a set of non-linear equations, which remains feasible even for large system sizes. As introduced in Chapter 2, Richardson-Gaudin models present a specic class of integrable models, closely connected to the class of (trivially integrable) free models. This thesis then investigates ways of applying the properties of Richardson-Gaudin models in various contexts both in and out of integrability.

First, a framework was presented for the numerical and theoretical treatment of the Bethe ansatz in Richardson-Gaudin models. Starting from Chapter 3, it was shown how any eigenstate of a Richardson-Gaudin integrable model can be characterized in two distinct ways, either through a set of rapidities parametrizing the Bethe wave function, or through a set of variables parametrizing the eigenvalues of the conserved charges. While the rapidities allow for a straightforward construction of the Bethe states, the Bethe equations that need to be solved are highly non-linear and exhibit singular behaviour, hampering (numerical) solutions. Alternatively, the eigenvalue-based variables can be easily obtained numerically, but it is not immediately clear in what way these determine the Bethe state.

However, following Chapter 4, determinant expressions for inner products and correlation coefficients can be obtained without explicit knowledge of the rapidities, showing how the eigenvalue-based variables fully characterize the Bethe state. Again, such determinant expressions circumvent the usual exponential scaling of the Hilbert space, allowing for an efficient application of the Bethe ansatz. These two dierent approaches can be related to two dual ways of calculating these determinants, as made explicit by connecting both to the structure of Cauchy matrices. This holds for integrable models describing spin models as well as integrable models containing a bosonic degree of freedom, where the connection between both can be made through a pseudo-deformation connecting the relevant algebras, as done in Chapter 5.

Second, it was investigated through this framework how the Bethe ansatz can be applied in different settings. Building on an integrable model, it was shown in Chapter 6 how topological superconductivity and the exchange of particles with an environment can be modelled, where particle-exchange destroys the topological phase transition and instead leads to Read-Green resonances in low-energy and -momentum levels. The structure of the Bethe ansatz could then be used to shed light on the underlying mechanism. Moving towards non-integrable models, Chapter 7 applied the toolbox of integrability for the use of the Bethe ansatz as an approximate wave function through a variational approach. Once a first approximation to the ground state of a non-integrable system is obtained, excitations can be added, and the resulting method was termed the Richardson-Gaudin Configuration-Interaction method. This was applied to nuclear pairing models, where it was found that Bethe states are able to accurately model the collective ground state and low-lying excited states. This concerned stationary Hamiltonians on which perturbations have been added, explicitly breaking integrability. However, another way of breaking integrability is through the introduction of dynamics and periodic driving. Such driven systems are characterized by a non-integrable Floquet Hamiltonian, which is generally impossible to construct due to the exponential scaling of the Hilbert space. In Chapter 8, it was then shown how techniques from integrability can still be used in order to model this Hamiltonian, with special attention paid to many-body resonances of Bethe states. The presented techniques in these chapters can then be applied to more general Richardson-Gaudin models.

As hopefully made apparent throughout this work, the clear-cut structure and relatively large freedom in Richardson-Gaudin models makes them ideal for an investigation of the general principles of integrability, where many of the results in this work are expected to have analogues in more general integrable models, as well as being a perfect testing ground for the development of new quantum many-body techniques beyond integrability.